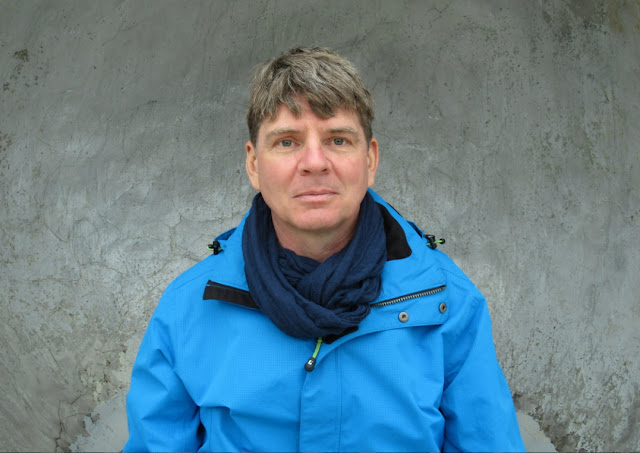 I'm originally from Ireland. I left in 1989 and have never lived there since. Nowadays I live a simple and reclusive life on an island off the west coast of peninsular Malaysia. At least that was what I said for 15 years. The pandemic and other factors led me to leave Malaysia in January 2022. These days I live at the foot of the French Alps.

In addition to writing, I work as a freelance editor.
Visit my site here: http://www.globalscribesolutions.com/

2 - Born in Dublin, Marc de Faoite is a freelance writer and editor based in Malaysia since 2007. His more recent editing projects include Damyanti Biswas’s bestselling novel You Beneath Your Skin, which has recently been optioned for a multi-part TV drama. He was runner up for the The D.K. Dutt Award for Literary Excellence in both 2015 and 2016 and runner up for the inaugural Fay Khoo Award for Food and Drink Writing in 2016. Tropical Madness, a collection of his short stories, was longlisted for the 2014 Frank O’Connor International Short Story Prize.

3 - Marc de Faoite is a semi-fictional character who occasionally appears through wormholes in the space-time continuum to feature in the ongoing drama known as LIFE. He was born, bred and buttered in Ireland, but has spent more than half his life living in England, Belgium, France, India and currently Malaysia, where he lives a quiet, reclusive life. Besides writing short stories, he likes to drink tea and listen to the frogs singing in the paddy fields at night.

4 - Marc de Faoite endured a typical Irish childhood, filled with rain, itchy jumpers knitted from carpet wool, a not inconsiderable amount of allegedly corrective physical violence, and a good deal of homemade bread and jam. Born in the month of March his parents didn't look far for inspiration in choosing his name, the matter being settled by simply removing the H. Aged 21 he threw salt and one last unrepentant glance over his shoulder, left Ireland, and never looked back since. He lived in England, Belgium, France, India, and currently Malaysia, where he has quite incredibly eked out a living between writing, editing, and teaching yoga since 2007. His short stories and non-fiction writing appear and have variously appeared in print and on screen-based devices.

His previous and ongoing ailments include, but are not limited to, dengue, chikungunya, varicose veins, chronically low blood pressure, occasional bouts of verbosity.

He once wrote a will in a notebook on a steep mountain slope when he realised that there was no way to descend by the route he had just ascended, said goodbye to the world when dragged out to sea on a strong rip current on the Basque coast, was found unconscious on a roadside having suffered anaphalactic shock from box jellyfish stings, crawled out of a car wreckage on a dirt road in the Namib desert miraculously unscathed, avoided being permanently deleted by a tumbling boulder by a matter of centimetres, was a passenger involved in a head-on collision between two trains, fell from a considerable height, saved only by a reflexive action to reach out and grasp a rock that miraculously held, though it cost a dislocated shoulder, which he considers cheap at the price, and more besides. I'm not saying Marc is accident prone, but ... okay, I am.

Unknown fact: Marc was technically homeless for a period of three years, but probably not homeless in the way you picture homelessness. I've only included this detail here and have never mentioned it elsewhere, so if you ever mention this fact in print or in person I will know that you took the time to read the entirety of these entries. Thank you.