How to become a vegetarian


I was 19, a student and a Francophile. In love with all things French. French food, French cinema, French accents. French women. One in particular. Let’s call her S.

We spent a summer at her family home in the north of Burgundy. A landscape of vast deciduous forests, not the endless vineyards further south. Her parents favoured the self-sufficient style of life and lived at the entrance of a tiny village in a sturdy limestone roadside house that had once been a traveller’s hotel. If you kept going along this forgotten back road you would eventually reach Paris, but no one travelled this winding national road anymore. Unless they were lost, or lived nearby.

There was land behind the house that led down to the village stream. Every square inch of the acre or so was cultivated with neat rows of vegetables and fruit trees. The picture perfect kitchen garden and then some. Her parents also owned a flowering meadow on the slope of land across the road. At the foot of the slope stood a sturdy limestone barn, occupied by a rusting old Citroen 2CV and a host of dusty tools. There was a rough-hewn limestone water trough beside it, fed by a trickling flow from a metal pipe that protruded from a mossy damp stone wall.

It was the height of summer, when nature pushes forth abundant. There was plenty to be done in the garden and on the land. I picked raspberries and broke out in an awful itching rash. I stooped to knot the stalks of onions to push the growth down to the bulbs. I bent lower still to gather brimming Tupperwares of glossy strawberries. I picked runner beans and tomatoes, spread compost with an outsized pitchfork. I learned to use the hoe that put blisters, and later calluses, on my soft student hands. I slashed swathes of lush long grass with the swishing of a scythe. A giant homemade wooden rake gathered the new mown hay into long neat rows. The sun beat down and dried the grass, but it needed to be turned. After a week the hay became golden yellow. My skin went from white, through pink, to almost brown. I built my first haystack around a planted wooden pole.

On timeless shaded afternoons, among the beech trees and the oaks, S showed me her childhood mushroom gathering grounds. She taught me what could be eaten and what must never be touched. We picked egg-yolk yellow chanterelles with their tapered ridged gills, brown dome-capped meaty cepes that were larger than a hand and the black funnels of Death’s Trumpets, les trompettes de la mort, edible, despite their morbid name. In the depths of the forests we tripped over the moss covered ruins of an ancient Roman garrison and followed the straight line of pathways they had paved two thousand years before. The best mushrooms we kept to cook at home. The rest we sold for pocket money to a local man. He soaked them in water to add to the weight and brought them to Rungis market in Paris once a week, where he sold them for much, much more than he had paid.

When it rained we donned our K-Ways and rubber boots.  S showed me a metal ring. It would protect us, she said. Stop us from breaking the law. It was the same size as the circle between the tips of a joined index and a thumb. We carried a rolled up hessian sack and set out on the hunt. Burgundy is world-famous for its snails. With the rain they came out to road verges and grassy clearings in the woods. We probed the wet grass with our hazel mushroom hunting sticks, but didn’t have to look hard to find these gastropods. We picked them up by their distinctive striped brown shells. If they passed through the ring they were returned to the ground. The bigger snails all went in the sack.

Back in the cellar they were put in a wire mesh cage mounted on a metal pan. They were fed with only white bread, for a week, to make them fat. Then starved another three days to void their digestive tracts.

Then came the salt. And the slime.

I watched in horror as they squirmed and writhed in their death throes and dripped their lubricating mucous through the bottom of the cage. The slimy contents of the basin beneath were later added to the compost. Nothing here was ever wasted or lost.

I boiled a huge pot of court bouillon with last season’s carrots and freshly picked bay leaves. Some of the snails were still alive before they went for their final steaming swim. They were scooped out as quick as they went in, then plunged into a bucket of cold water to stop the flesh becoming tough.

Once dead and cold it was easy to grip the meaty bodies and pull the hidden black coils out from the shells. The separated coils went to feed the compost too. The empty shells were boiled clean. Later some were re-stuffed with their former tenants. I sealed them in with generous knobs of homemade garlic butter.

French butter, unless stated otherwise, is unsalted. I hadn’t taken that into account.
S’s moustache father roared as he tasted his first unsalted garlic snail. A greasy shell was flung angrily across the table. I dodged it, barely, but took the full brunt of the diatribe against the ‘Anglo-Saxons’ and their inability to cook. Even to this day, when making garlic butter, I always check the salt. As for the snails, I couldn’t eat them either myself. Not for lack of salt, but because I had seen and done too much.

This was the beginning of my loss of innocence and gave me my first glimpse of the darker side of the ‘good-life’. Just how dark, I would find out all too soon.

Early in the summer, in Chatillon-sur-Seine on market day, we bought a trio of tottering goslings and a box of chirping chicks. I fed the fowl every day with handfuls of scattered grain. They grew so fast. I watched hatchling feathers moult.

I also fed the rabbits and cleaned their stinking stacked concrete hutches. The giant male was moved from hutch to hutch and took his pleasure with the females, and sometimes other males that had somehow escaped detection at an earlier cull.

As summer lengthened the earth grew drier and harder. The air became hotter. Water became scarce. The cool shade of the forest and the musty earthen-floored cellar were the only refuges from the heat. At night, in our room under the eaves, I sweated more than I slept.

I killed the chickens first. S’s mother showed me how (S conveniently sick that day). She said “bring the rake”.

The chickens had been grain-tempted into a coop. She reached in and grabbed and held the struggling bird’s wings with one hand and its feet in the other.
“Now the rake,” she said.
I didn’t understand. Was I to beat the chicken senseless? How was it to be done? With a frustrated sigh she passed me the chicken’s feet to grasp. I tried to clasp the wings but the frightened bird flapped free.

Eventually I held it the way she had shown.
“Now the rake.”
She told me to hold the chicken very tight and lie it on the ground. She placed the rake handle flat across the base of its neck and told me to stand on the rake, my feet apart either side of the head. The chicken had stopped struggling now. Its unblinking eye looked up at me with an emotionless blank stare.
“Now pull.”

I couldn’t do it.

Before I knew it she grabbed my wrists in an iron grip and pulled my arms in a quick sharp jerk that broke the chicken’s neck.

It was a crossing point. I could never go back. I was tainted now.
It is a simple thing to do, to kill. To deprive another being of its life. It is there one moment and then it’s gone. We killed a dozen more that fateful fatal afternoon.

“This is how meat is made,” explained S quietly in bed that night, as she consoled me while I wept.

Next were the geese.
They were bigger birds. All pure white.

“Bring the scissors and some string.”

S’s mother was more gentle this time. She knew I had been upset. I knew she took no pleasure in what we did, or what we planned to do.

I cut lengths of string and she deftly tied the geese’s feet and then their wings and hung all three geese from the lower branches of a tree. I placed the galvanized metal basins below each hanging bird.

We were on the edge of the meadow on the hill. The grass was growing long again, briefly ripple-ruffled by a faint breeze. The sound of a cuckoo came from somewhere deep inside the woods. It was scissors time.

“Don’t cut their throats or they will die too fast.”

She held the goose’s head and plunged the scissors into its neck. “Just cut the vein,” she said through gritted teeth. A pulsing gush of blood shot out and spilled into the waiting basin below. The blood would be used to make boudin sausages and to thicken sauces. The dying bird honked and set its two companions off.

Then she handed me the scissors. She couldn’t look me in the eye.

It took them hours to bleed to death.  It took more hours under the shade of the tree to pluck out all their feathers, now splashed with pink and red. They had tried to hold their heads up, writhing their long necks. Their necks went lank and their bodies became still. We prodded them. They briefly revived for a final hopeless struggle, swaying in the heat. Spending hours watching creatures die is unforgettable. An education I would gladly have missed.

The chickens had been sold, but the geese would be kept.

Back in the kitchen I used a big sharp knife to remove their heads and their webbed feet. More food for the compost heap, where the bloodied feathers were already mixed in. It was easier after that. I needed no instructions to gut and truss and cook.

It was like a Thanksgiving dinner, except I wasn’t giving thanks. I carved the golden roasted bird and served out the steaming meat.

“You are not having any yourself Marc?”

I helped myself to vegetables instead. 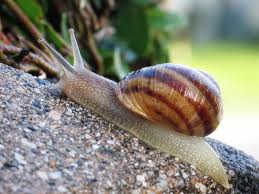