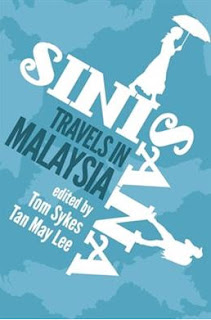 This story appeared in Sini Sana: Travels in Malaysia. Available for purchase here.

I push open the glass door and step into the air-conditioned freshness of Muthu’s tiny barbershop. The lingering antiseptic smell of Dettol fleetingly revives distant childhood memories of scraped knees and salty tears. A neat pile of freshly clipped hair has been swept into the corner of the tiled floor. The tiles are white, the hair is black.

“Wannakam.” Muthu the barber nods a reflected greeting in the mirror, welcoming me with his broad back. The mirror covers one whole wall, making the room appear bigger than it really is. His fingers are busy clipping and snipping at another black-haired head. Three sets of dark eyes turn towards me from the row of plastic chairs against the opposite wall. I nod and return the greeting in the vernacular: “Wannakam.”
The eyes turn away in silence, but one or two hesitant smiles flicker on the faces of the three young men.

I remove the newspaper, with its indecipherable curly Tamil script, and ease myself down onto the only empty chair. We sit shoulder to shoulder in companionable silence. A Tamil movie is playing loudly on the television bracketed to the wall. In the movie, two men on a motorbike are being chased through traffic by a band of thugs in a black-and-yellow auto-rickshaw. The haircuts of the movie stars are the same as those on the poster on the wall: sixteen black-and-white headshots of light-skinned Indian men with hair backcombed in
bouffant variations of the mullet—short on the sides and long at the rear. Of the sixteen, only two are clean-shaven. The remainder wear moustaches, as do the movie stars and Muthu.

Of my three companions on the plastic chairs, only one is old enough to grow a real moustache. But this hasn’t stopped the other two from trying. Muthu says something to the mirror and all eyes turn to me again with looks of curiosity and warmer smiles. I don’t understand the barber, but I smile back and nod. The barber knows me. I come here once a month, usually around the full moon.

At first Muthu told me that he was from Chennai. When I told him I had spent several months in the southern Indian state of Tamil Nadu, he revised his location and was more than surprised when I told him that I knew his hometown of Villupuram, a dusty grey place, where, coincidentally, I once had a haircut while killing time waiting for a train. For whatever reasons, presumably involving cheap labour costs, most barbershops in Kuala Lumpur seem to employ Indian barbers. Many stay for two or three years, working long hours almost every day and eventually returning to India with a pair of scissors  and comb in one  pocket and a wad of cash in the other.

Muthu tells me that it has been more than two years since he last saw his wife and children. He has a sixteen-year-old daughter who harbours ambitions of becoming a dentist and a fourteen-year-old son who wants to be an accountant. When he gets back to Villupuram, he plans to open his own barbershop and take on an apprentice or two.

This he has revealed to me in private on the occasions when there were no other customers around. When other people are present, he maintains a professional reticence and limits himself to short murmured consultations as to which particular tonsorial procedure is required. I have seen him spread wads of mudlike dye on greying hair, apply noxious skin-whitening creams to dark faces and scrape a week’s stubble from a foam-covered face with a few fast flicks of his cutthroat razor. At times the intensity of his concentration makes him pucker his lips. Today he uses an electric clipper to shear short backs and sides. One by one my silent companions leave and soon it will be my turn to mount the red PVC-covered throne with its adjustable headrest.

Just then the door opens and a wizened old man leans in and asks Muthu something. The old man’s white whiskers stand out in stark contrast to his dark leathery skin and his watery eyes show the initial stages of developing cataract. Muthu answers with a few short words that all seem to end in long vowels. The old man closes the door and turns
back down the street.

A few moments later, the door opens again and a large woman in a long floral shift comes in. It’s rare to see women in barbershops, which are the reserved bastions of masculinity. Traditionally, Hindu women rarely have their hair cut. This woman’s hair is an unruly mop that looks as if it hasn’t been washed, cut, or even brushed for a while. She brings with her a strong smell of stale cooking oil, curry spices and sweat. She also carries a very small baby. I take it that the woman is still in ‘confinement’ after the birth of the baby, a practice all but forgotten in Europe but still regularly observed throughout much of Asia. The old man shuffles in after her with a plastic shopping bag advertising the local supermarket and seats himself in the barber’s padded chair. Muthu signals to me to wait with a gesture of an upraised hand. “Mundan sanskar,” he says solemnly, as if expecting me to understand, which I don’t, but it soon becomes apparent what he means.

The television volume is muted and Muthu lights an incense stick. He places it in a holder in front of the gold-framed brightly-coloured image of Ganesha, the elephant god, which stands on one end of the counter, just beside an industrial-sized tub of hair gel.Son of Shiva and Parvati, Ganesha is the remover of obstacles and is always the first deity to be honoured in Hindu ceremonies. The explanation for this is a whole story in itself, but let’s just say it involves Shiva mistakenly decapitating his own son.

The woman hands the baby to the old man, who tenderly supports the baby’s head with visible emotion. The baby may be his grandchild, or even his great-grandchild. I watch the scene both in the mirror and from behind. The muted television and the smell of incense changes the atmosphere and I notice Muthu’s lips pucker as he inserts a new blade into his razor. The hero of the  movie is now dancing with a generously proportioned woman. Their dance somehow inexplicably brings them from a field of red and yellow tulips to a tropical beach and just as suddenly they are transported to a green grassy meadow with snow-capped mountains in the background. They sing and dance in technicolour silence as the barber brings the razor to the baby’s head.

At first the baby is still and quiet. The barber’s blade leaves blank swathes of scalp in the baby’s soft black hair. Then the baby starts to cry. A few coughing complaints at first, but soon a full air-raid-warning-signal wail fills the barbershop. Muthu’s face is full of tenderness as he bends over the baby. The woman’s eyes are  motionless  and speak of intense fatigue and resignation. A single tear runs down the old man’s wrinkled face. The woman says something and Muthu stands up. The old man reluctantly relinquishes the bawling baby and now the woman takes his place in the barber’s chair. Her ample frame is a tight fit and she has to waddle her hips down into the chair. The baby continues crying while Muthu finishes shaving its head.

The old man produces a bowl of yellowish paste made of turmeric and sandalwood and uses his hands to smear the stuff over the baby’s bare scalp. I notice a couple of bright red lines where the razor has nicked the skin. The paste seems to soothe the baby and it soon stops crying. The woman gets paste on her hands as she supports the baby’s head. Then the old man produces a string of jasmine flowers from his plastic bag and places the garland over the baby’s head, murmuring something solemn in Tamil, or perhaps Sanskrit.

A few minutes later I am alone with Muthu. I sit in the chair, still warm from its previous occupant. The hero is grunting loudly on the television as he single-handedly fights off the inevitable gang of hoodlums. As he cuts my hair, Muthu tries to explain the connection between hair and karma in his halting English. From what I can understand it seems the baby’s hair is a link to its past incarnation. Shaving off that hair is a symbolic way of cleansing the child of any undesirable traits that may have been brought from its past life, severing the link between past and present. I later learn that Chinese Malaysians also shave their babies’ heads, and even eyebrows, but supposedly to make  the hair grow stronger and  thicker rather than for clearing karmic balance sheets.

“Baby live long life,” Muthu says, nodding slowly as he runs the electric clippers over my head. He puts the finishing touches on my haircut with the same cutthroat razor he used on the baby, but with a fresh blade. Then I am momentarily engulfed in a perfumed cloud of talcum powder. Finally Muthu treats me to an excruciating head massage, finishing off by wrenching my head from side to side, my cervical vertebrae protesting with loud clicking noises.

Another young man has just come in, so I pay Muthu and leave, reflecting on the ancient ritual that I have just had the privilege of observing. It seems that every day in Malaysia I learn something new. There are even lessons to be learned at Muthu’s barbershop. 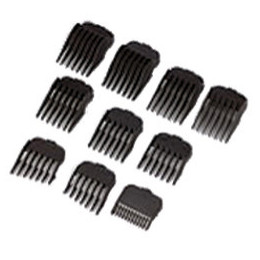